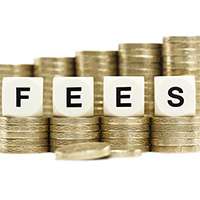 A controversial decision to charge fees to those bringing Employment Tribunal claims has been ruled “unlawful” by the highest court in the land.

The trade union Unison has been fighting a protracted legal battle after the fees were introduced in 2013, arguing they were a barrier to employees seeking justice.

Rulings in both the High Court and Court of Appeal had previously upheld the reforms.

Now however, in a significant defeat for the Government, the Supreme Court has ruled that ministers had indeed acted unlawfully and unconstitutionally by bringing in the charge.

“Too many low-paid workers couldn’t afford to uphold their rights at work, even when they’ve faced harassment or have been sacked unfairly,” she said.

The Government had argued the fees – which ranged from £390 to £1,200 – would deter questionable or malicious claims. But criticism grew after official figures showed that the new regime had led to a 79 per cent fall in the number of cases brought to Tribunal.

In light of this month’s ruling, ministers now face paying significant refunds to those who have been charged the fees over the course of the past four years.

For expert advice on pursuing a Tribunal claim, please contact the head of our Employment team Susan Bernstein (sbernstein@ogrstockdenton.com) or visit our website.