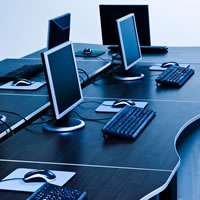 The UK technology sector raised more investment than that of any other European country last year, a report has revealed.

The analysis, carried out by city promoters London & Partners, found that the tech industry attracted £6.7 billion in investment in 2016.

The figures include private equity and venture capital deals.

Mayor of London Sadiq Khan said the findings are evident of the rising appetite for start-ups in the UK.

“With our unbeatable blend of talent, creativity and access to finance, it is not surprising that London continues to go from strength to strength as the undisputed tech capital of Europe,” he said.

He added that, despite the vote to leave the European Union, Britain continues to attract record levels of investment and remains “the best in the world” to grow a business.

“I have no doubt that this important sector of our economy will continue to generate jobs, investment and world-leading technology for decades.”

Overall, e-commerce proved most popular with investors last year, with start-ups in the capital alone raising £486 million across 69 deals.

In addition, a total of £71 billion worth of merger and acquisition (M&A) deals were ratified, more than five times the value of completed deals in 2014. SoftBank’s acquisition of Cambridge-based chip maker ARM for £24.3 billion and EE’s £12.5 billion takeover of BT made up the lion’s share of the deals.