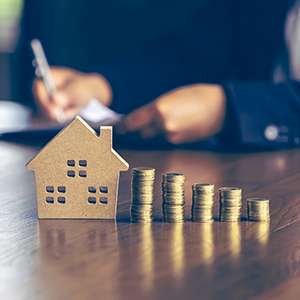 The latest data from several business organisations, including accountants, suggests that as many as one in five businesses may run out of money within a month despite Government’s measures to assist them.

The research suggests that between 800,000 and a million firms across the UK are at risk of closure, in some cases because banks have refused to lend them money via the Coronavirus Business Interruption Loan Scheme (CBILS).

The CBILS was introduced by the Chancellor Rishi Sunak with the promise that small and medium-sized businesses, with turnovers up to £45 million, could access emergency finance to help them survive the difficult economic situation.

At the time it was said that any ‘good’ business in financial difficulty would be able to access up to £5 million of Government-backed loans to cover the day-to-day costs of running a business.

However, evidence now suggests that thousands of firms in difficulty are unable to access the CBILS because they aren’t able to contact their bank due to the volume of enquiries or because they have been told they are ineligible.

The loans were meant to be offered at attractive rates to businesses and the Government has promised to pay the first 12 months of interest on the loans, which they have guaranteed up to 80 per cent.

Despite this promise, those applying for loans have been told that they face interest rates of up to 30 per cent in future from some of the specialist lenders, while many of the high street banks are still charging around seven per cent, despite the Bank of England base rate being at its lowest point ever at just 0.1 per cent.

Although CBILS are being administered with the help of the British Business Bank, it is down to individual lenders to set terms and conditions, which may differ from one lender to another.

This is causing frustration amongst small businesses who are being told by lenders that they are following rules set by the government. This means that emergency loans can only be granted if a business can’t borrow in a normal commercial way, like borrowing against the value of a property.

On top of this many directors are being asked to sign personal guarantees for loans over £250,000, which may put personal assets on the line if the loan cannot be repaid.

The Business Secretary, Alok Sharma, has since issued a warning to the banks and lenders to support small businesses in their time of need.

He said it would be “completely unacceptable” for them to refuse financial support to “good businesses” which need it after the public and businesses had effectively bailed the banks out through public funding during the financial crisis of 2008.

Before applying for a loan via the CBILS it is important that you can evidence your claim and it is advised that you seek professional advice.