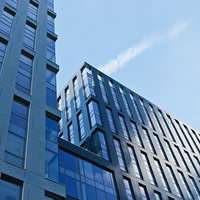 The latest research from property body Savills suggests that UK commercial property investment volumes are on the rise – having hit an impressive £27.2bn in the first half (H1) of 2017.

According to Savills’ latest data, investment volumes have risen by one per cent year-on-year, with commercial offices accounting for more than a third (39 per cent) of all H1 investment.

Richard Merryweather, joint head of UK investment at Savills, said that UK commercial property appears to be in “good health” but added that that volumes in H1 “could have been higher”.

However, he said that volumes had been “held back by a lack of sellers, rather than [by] any reluctance from buyers”.

Looking into the second half of the year, Savills’ report forecasts that total returns will be around 5.5 per cent for UK commercial property in 2017 as a whole, with the market expected to “maintain its attraction with a wide pool of investors”.

Savills also forecasts that returns are likely to improve significantly over the course of the next five years.

Steve Lang, director in the commercial research team at Savills, said: “Whilst uncertainties from the various worldwide political changes may create some localised volatility, particularly as the reality of Brexit negotiations become more apparent, the higher income returns from UK property look set to maintain its attraction with a wide pool of investors.”

Mr Merryweather added: “UK commercial property is in good health, with investors continuing to be attracted by its underlying strengths, [and] with overseas buyers additionally benefitting from the current currency discount.”