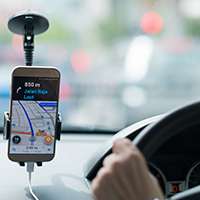 It was confirmed this month that tech giant Uber has lost an appeal against a previous Tribunal ruling relating to the employment status of its drivers.

An Employment Tribunal had previously ruled that two drivers who had lodged a claim against the company should be considered workers.

This would give them access to a number of key employment rights, including holiday pay and the minimum wage.

Following the decision last year, Uber had maintained that its drivers should be classed as self-employed and had sought to overturn the original ruling.

On 10 November, however, it was revealed that the firm’s appeal had been unsuccessful.

The GMB trade union described the outcome as a “landmark victory”.

Maria Ludkin, the organisation’s legal director, said: “Uber must now face up to its responsibilities and give its workers the rights to which they are entitled.

“GMB urges the company not to waste everyone’s time and money dragging their lost cause to the Supreme Court.”

Uber is adamant, however, that the firm will fight on and has sought permission to appeal.

Tom Elvidge, Uber UK’s acting general manager, insisted that almost all of those who worked as taxi and private hire drivers had been considered self-employed long before the app had arrived on the scene.

“The main reason why drivers use Uber is because they value the freedom to choose if, when and where they drive and so we intend to appeal,” he said.

From the outset the case has been closely followed by many other businesses which form part of the so-called gig economy, which has been the focus of debate as to whether current employment legislation has kept pace with increasingly common models of work.

For expert advice on defending or pursuing an Employment Tribunal case, please contact the head of our Employment team Susan Bernstein or visit our website.