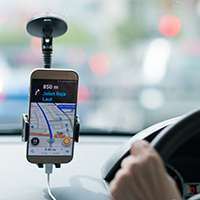 The Court of Appeal has upheld a 2016 ruling by an Employment Tribunal that Uber drivers are workers, entitled to paid leave and the minimum wage.

The Employment Appeal Tribunal had previously upheld the decision and Uber now says that it will appeal to the Supreme Court.

In its judgment, the Court of Appeal said: “For [Uber] to be stating to its statutory regulator that it is operating a private hire vehicle service in London and is a fit and proper person to do so, while at the same time arguing in this litigation that it is merely an affiliate of a Dutch-registered company which licenses tens of thousands of proprietors of small businesses to use its software, contributes to the air of contrivance and artificiality which pervades Uber’s case.”

A spokesperson for Uber said: “This decision was not unanimous and does not reflect the reasons why the vast majority of drivers choose to use the Uber app. We have been granted permission to appeal to the Supreme Court and will do so.

“Almost all taxi and private hire drivers have been self-employed for decades, long before our app existed… If drivers were classified as workers they would inevitably lose some of the freedom and flexibility that comes with being their own boss.”