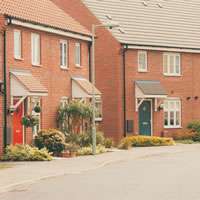 A recent tax tribunal ruling has brought out a possible scenario where buy-to-let investors can avoid having to pay the 3 per cent stamp duty surcharge.

The ruling could also give the opportunity for many more landlords who have already paid the charge to request a refund from HM Revenue and Customs (HMRC).

The 3 per cent stamp duty charge on the purchase of second homes came into place in April 2016.

In the tax tribunal which took place in Bristol, it was suggested that certain property purchases may not be subject to the additional 3 per cent surcharge, instead of paying just the standard rate of stamp duty.

The case in question saw Paul and Nikki Bewley purchase a derelict bungalow in Western-super-Mare, which was at the time uninhabitable.

The couple decided to demolish the original building in order to build a new property in its place, in the belief that they would not be liable for the 3 per cent charge for purchasing a second home

However, HMRC contested this, claiming that the 3 per cent stamp duty surcharge was applicable, on the grounds that the property was capable of being used to live in some time in the future.

The tax tribunal ruled against HMRC claims saying that the surcharge would only apply to the couple if the home was in a suitable living condition immediately, which it was not.

The landmark judgement means that there may be cases for exemption if the property is uninhabitable at the time of purchase and cases for retrospective claims from those who have already made the surcharge payment.

HMRC are yet to decide on whether to appeal the decision and are carefully considering their next steps.