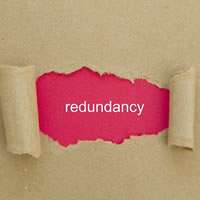 An Employment Tribunal has awarded £1.4million in redundancy pay to more than 400 ex-Phones 4U staff who were dismissed ‘overnight’ without warning when the firm went bust.

The decision comes more than two years after Phones 4U ceased trading in September 2014, closing more than 500 stores nationwide and making more than 2,500 employees redundant.

According to reports, many of the firm’s former employees were dismissed without warning, despite the fact that an employer has a legal obligation to collectively consult with its employees if it intends to make 20 or more members of staff redundant within a certain time period.

But now, following a long-running legal battle initiated by ex-employees, a Tribunal has ruled that hundreds of abruptly dismissed former members of staff are entitled to £3,712 each.

“We can confirm that more than 400 former employees of Phones 4U Limited have been awarded 90 days’ redundancy pay (Protective Award),” said a spokesperson on behalf of Phones 4U’s administrator.

“The Redundancy Payments service (Government National Insurance fund) will make payment for eight weeks (56 days) at the statutory level of £464 per week.

“Any outstanding difference of balance remaining is treated as an unsecured claim as part of the administration,” they added.