Home » Is travel time between home and a temporary workplace, outside of normal working hours, working time? 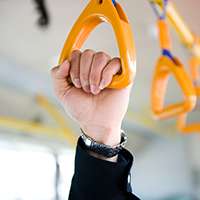 Neither the European Working Time Directive nor the Working Time Regulations 1998 say anything about whether travel to and from a place of work counts as working time. If there is no express agreement with an employer to say that certain travelling time is to be regarded as working time, the question is simply whether the worker can be said to satisfy all three limbs of the definition of ‘working time’, in that (a) they must be working, (b) they must be at their employer’s disposal, and (c) they must be carrying out their duties or activities.

Non-statutory guidance suggests that where workers, such as travelling sales representatives, have to travel as part of their job, that constitutes working time but travel outside of normal working hours is not included in working time. Time spent commuting is not usually considered to be working time because the worker is not usually at the employer’s disposal until they reach the workplace. This is the case, even if the worker uses some of their daily commute to carry out work-related activities, such as making telephone calls or reviewing documents.

The question of whether travel to a place other than a normal workplace if the journey begins or ends at the worker’s home was addressed by the ECJ in Federacion de Servicios Privados del sindicato Comisiones obreras v Tyco Integrated Security SL, which concerned a group of workers who drove to customers throughout Spain installing security systems. When the company closed its provincial offices and required the workers to drive straight from their homes to their first assignment, the question arose as to whether this was working time. The ECJ held that for peripatetic workers, who are not assigned to a fixed place of work, the time spent travelling from their home to their first assignment, and from their last assignment back to their home, should constitute working time. The travelling is still done within the context of the hierarchical employment relationship and the journeys are subject to the authority of the employer, who can choose to change the order of customers or cancel an appointment, or require workers to call on an additional customer on their journey home.

The ECJ’s decision in Tyco was cited in the case of Thorbjorn Selstad Thue v The Norwegian Government, which came before the Court of Justice of the European Free Trade Association (the EFTA Court) to address whether time spent travelling between home and a temporary workplace for a single assignment is working time.

Facts: Mr Thue, a chief inspector of police, was based at a particular police station in Norway.  He worked in various locations when on assignments escorting government ministers visiting the district. He claimed in the Norwegian courts that travelling to and from those temporary workplaces for these specific assignments was working time. When his claim was rejected, both initially and on appeal, he appealed to the Supreme Court of Norway, which referred the issue to the EFTA Court.

Held: Although the ECJ’s decision in Tyco was cited, in that case the workers were completely peripatetic and travelling to different places every day, whereas in this case Mr Thue always had a permanent base. Nonetheless, the EFTA Court held that the travel time between Mr Thue’s home and the place of his assignment, which was often much further away than the police station at which he was based, should constitute working time. The Norwegian Government argued that the case could be distinguished from Tyco, where the workers had no permanent base which meant that travel to and from their homes was an inherent part of their duties. The EFTA Court disagreed saying that this would distort the concept of working time with the result that only a truly peripatetic worker or one with a completely fixed workplace would be protected, leaving those in an “intermediate” position (such as Mr Thue) unprotected.

Comment:  Although the jurisdiction of the EFTA Court is not strictly binding on EU countries, it will still be persuasive.