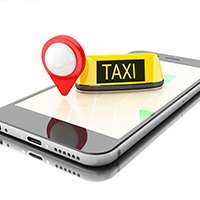 In the wake of a high-profile legal battle between drivers and taxi app, Uber, three more taxi companies are facing legal challenges from their drivers over their rights in the so-called ‘gig economy’.

Former drivers for the firms claim they were ‘workers’, rather than ‘independent contractors’, as argued by the firms.

Jason Moyer-Lee, the general secretary of the IWGB, said: “The bogus classification of private hire drivers as independent contractors in order to deprive them of employment rights is rampant across the sector. It’s not just Uber and Addison Lee.”

However, Green Tomato Cars said it: “prides itself on being an ethical company and, in particular, in our relationship with drivers.

“We have discussed the situation with Mr Salei [the driver in question] and his union representative through the Acas mediation process, and maintain our position that there are no grounds for his claim.

“We will of course comply with the requirements of the tribunal, where we expect to successfully defend the claim.”