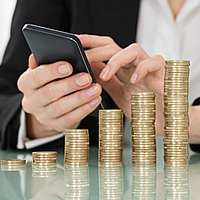 The research, published by the Office for National Statistics (ONS), demonstrates the impact of inflation on affordability for the average worker.

However, in light of Brexit and rock-bottom interest rates, experts suggest that now more than ever is the time to purchase a property.

This month the Bank of England confirmed that interest rates would remain at 0.25 per cent, but gave notice that they may rise in the near future.

“Most people go for between two and five years, but the gap between five and 10-year rates has narrowed and that brings more people in for longer deals. Of course, that ties you in and that’s harder for people to come to terms with.”

“But rates won’t stay this low forever. With higher inflation, locking into a rate looks like the right thing to do. Can Bank Rate really go any lower? There’s very little upside in having a variable rate.”