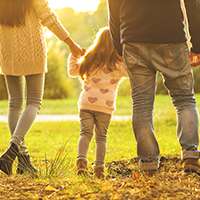 A survey that was carried out by Direct Line Life Insurance has found that people in the UK are increasingly willing to challenge the contents of a Will.

The insurer found that more than 12.6 million people in the UK would be prepared to instigate court proceedings to a challenge a Will if they thought that the way assets were divided would be inappropriate.

The findings are backed up by official figures, which show that in 2017 the number of contested probate cases increased by six per cent in 12 months.

Wills can be challenged on a number of grounds:

Challenges on the grounds of undue influence are thought to be the most common, but also the least successful because of the inherent difficulty of demonstrating that this was the case.

Jane Morgan, Business Manager at Direct Line Life Insurance, said: “While people are increasingly contesting Wills, everyone has the right to choose how they’d like to distribute their assets, even if it seems unusual or excludes even the closest family members.”

Link: Millions of Britons would dispute an inheritance if unhappy with result, says poll