Home » Supreme court rules employment tribunal fees are unlawful – Does this mean employers should brace themselves for a surge in claims? 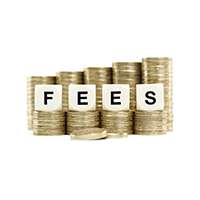 In a momentous judgement based on the principle of access to justice, the Supreme Court in R (on the application of UNISON) v Lord Chancellor has declared employment tribunal and EAT fees to be unlawful. The charges of up to £1,200 led to a 70% drop in the number of claims brought by employees in the employment tribunal. As an immediate consequence tribunal and EAT fees cease to be payable under the existing scheme.  In addition, the Supreme Court has made it clear that all fees paid since their  introduction in 2013 will have to be refunded by the Lord Chancellor’s department (thought to be in the region of £27 million). This is easier said than done as many successful claimants will have had their fees ordered to be paid by the respondent and what about all those people who chose not to bring a claim because of the fees?

David Isaac, chairman of the Equality and Human Rights Commission said “The right to justice must be based on the merit of your case, not your ability to pay.  Thousands may have been denied this right and priced out of getting justice.  The judgement of the Supreme Court is a damning verdict on the current regime”.

However, a few years ago, vexatious cases by ex-employees in the employment tribunal, administered at the taxpayers’ expense, were the bane of many employers.  Hence the coalition government’s decision to introduce fees, which were never intended to stop individuals with legitimate claims from bringing them to court. Such fees are commonplace in other civil courts. The point was to encourage prospective claimants to stop and think about whether litigation was the best way forward before bringing a claim, with a system in place to remit fees for those who really could not afford the money.

The Government is bound to respect the court’s decision but rather than scrap the fee system in its entirety, it might consider fees at a lower level and impose a fee on employers when submitting a defence (ET3).