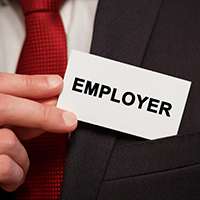 A Sainsbury’s supermarket employee who was sacked over a controversial social media post was unfairly dismissed, an Employment Tribunal has found.

Mr D Kurmajic was dismissed from his role on grounds of gross misconduct, after sharing images and details of a Sainsbury’s customer on Facebook.

According to reports, Mr Kurmajic and some of his colleagues assisted a customer who had become ‘stuck on a ramp’ in the supermarket’s car park.

Shortly afterwards, the worker posted photos of the incident on his personal Facebook page in a post which also made mention of the customer’s name, address, age and registration number, and brought into question the customer’s ability to drive.

The controversial post, which was later spotted by store managers, led to an investigation being launched.

Following the investigation, Mr Kurmajic was suspended from duty on full pay on grounds that he had breached the company’s social media and “keeping our information safe” policies.

During a suspension hearing at a later date, the worker said that he recognised his mistake and promised not to make any similar errors in the future.

Nevertheless, he was dismissed from his position after a fellow employee insisted that Mr Kurmajic “would post again given the chance” and “did not understand why what he did was wrong,” reports suggest.

Sainsbury’s added that the worker’s actions had brought the company’s brand “into disrepute.”

Examining the case, an Employment Tribunal recognised that a Facebook post of this nature could indeed be reasonable grounds for dismissal.

However, it found that the manner in which Sainsbury’s had carried out its investigation – and the approach taken by Mr Kurmajic’s store manager – gave little more than “superficial” consideration to any alternative sanctions which might have been more appropriate.

As a result of this, the Tribunal found that Mr Kurmajic had been unfairly dismissed.

It added that the Sainsbury’s brand had clearly not been damaged by the event, which did not see the photographed customer take any action against the company.

Nevertheless, the Tribunal recognised that Mr Kurmajic was ‘partly’ to blame for his dismissal, and therefore ruled that his compensation award would be reduced by almost a third.

Hayley Trovato, Senior Associate in the Employment team at OGR Stock Denton, said: “This case highlights the consequences that social media use can have in the workplace for both employers and employees.

“Employers should ensure that they have a very clear policy setting out what is and isn’t acceptable behaviour in respect of internet/email/social media usage.

“A restriction can be included in the policy (or in the contract of employment) to prevent employees posting material which may be seen as offensive, breach company policies or have a detrimental effect on an organisation.

“This allows the employer to take action in the event of a breach. It also lets the employee know where they stand from the outset.”