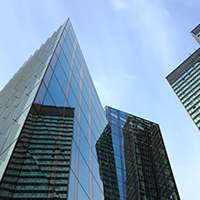 A new study suggests that Britain’s commercial property market welcomed widespread investment during the first half (H1) of 2018.

According to research published by real estate group Savills, UK commercial property attracted £26.9 billion worth of investment during the first six months of the year.

The group notes that the market welcomed ‘above long-term average investment levels’ for the fifth year running, with volumes almost a third (32 per cent) higher than the agent’s average.

Competition in the logistics and industrial sectors reduced stock levels and pushed up prices, while 35 per cent of all transactions involved UK-based businesses and buyers as opposed to overseas investors, Savills’ report reveals.

The research also found that certain UK regions welcomed a commercial property investment boom in the first six months of the year.

The strongest-performing city was Cardiff, which saw occupier growth increase by 2.6 per cent. This was followed closely by Manchester (at 2.4 per cent) and Birmingham and Bristol, which both saw growth of 2.1 per cent.

Savills’ report noted that investors appear to be moving away from London and eyeing-up office space in regional cities all across the country.

In the near future, this trend looks set to continue, it said.

Kevin Mofid, Research Director at Savills, said: “With large infrastructure projects set to lead to further growth in the regions, and more people seemingly moving out of the South East, occupancy rates in regional offices are likely to remain high.”

James Gulliford, Head of UK Investment at Savills, added: “The underlying fundamentals of the regional office markets remain robust, industrial and logistics assets are performing strongly, and the shopping sector market is set to be more active in H2, so we anticipate that 2018 will close out another strong year for commercial investment overall.”