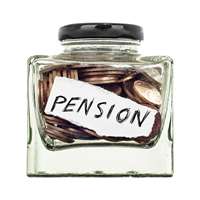 The Post Office is proposing further industrial action after the trustees of its pension fund voted to approve a plan to cut pension benefits.

Around 50 per cent of its workforce will be forced to take a defined contribution scheme in place of their generous final-salary pension scheme, which The Communication Workers Union (CWU) say could cut workers’ retirement income by up to 30 per cent.

The union said the shift would take place in April 2017, despite the Post Office having a surplus of £143 million – making it one of the best-funded schemes in the UK.

Dave Ward, general secretary of the CWU, said: “The Post Office’s decision will cost our members thousands of pounds in their retirement. It’s wholly unjustified and we’re seeing a publicly owned company effectively stealing money from people who have diligently saved for their retirement. The government cannot wash its hands of this.

“It’s more cuts from this irresponsible management team who seem obsessed with managing decline instead of encouraging a thriving Post Office.”

Mr Ward said the CWU will announce its plans for industrial action after a meeting of its executives next week.

Last month, more than 300 Post Offices elected to strike in protest at the planned changes.

Mark Davies, communications and corporate affairs director at Post Office, said: “We are disappointed that our unions are again talking about strikes when we continue to try to reach a constructive way forward through talks at Acas. We can reassure our customers that, if strikes go ahead, the vast majority of people working at Post Office branches would not be involved and almost all of our network will be open for business and operating normally.

“More than 11,000 branches – 97 per cent of the Post Office network – are run by independent businesses and the 50,000 people who work in these branches are not involved in the strike action.”