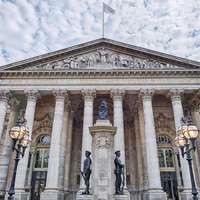 The head of the London Stock Exchange has joined a chorus of senior business figures urging MPs to negotiate a transitional deal as part of Britain’s departure from the European Union.

He believes that the two years set aside to negotiate the terms of the UK’s exit was too short a period.

Instead he would like to see the implementation of a lengthier transitional period, which would effectively mean that the current business arrangements and regulations would remain in place for five years starting from the point that the Government begins formal negotiations.

“What is required to maintain stability is nothing less than a grandfathering of the existing conditions of trade, for a limited period of time,” he told the committee.

Mr Rolet, sitting alongside HSBC chairman Douglas Flint and Elizabeth Corley, the vice chair of Allianz Global Investors, said there was a lot at stake for London’s major financial institutions.

“The economic system [in London] is like a Jenga tower,” said Mr Flint. “You don’t know what will happen if you pull pieces out.”

OGR Stock Denton’s experienced lawyers can advise business clients on a range of matters which cross national borders. For advice on any aspect of our Company and Commercial services, please contact the head of the department Gitta Altmann or visit.