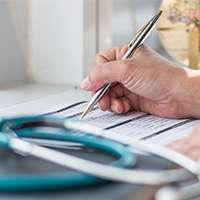 Up-to-date figures suggest that there are currently 850,000 people living with dementia in the UK – a figure which is expected to rise to one million by the year 2025.

A recent report in The Express has raised concerns that this rapid rise in new dementia cases could be problematic for UK adults who have not taken the time to set up a Lasting Power of Attorney (LPA).

An LPA is an important, straightforward legal document which can give relatives or carers authority to manage the financial affairs of a loved one who may no longer be able to handle such affairs themselves, due to illness or mental health conditions.

Such documents can prove vital in situations where a loved one has been diagnosed with dementia or other conditions which may have a serious impact on their mental capacity.

Reports suggest that LPAs are understandably growing more popular, with up-to-date figures revealing that approximately 2.5 million people have now taken out an LPA, with almost 195,000 registered in the first half (H1) of 2017.

Despite this, however, it is estimated that some 44 million adults do not have an LPA and are unprepared for any potential future misfortunes.