Home » Research finds that couples are prioritising homeownership over marriage 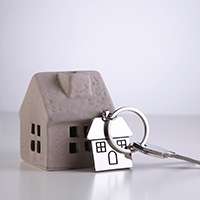 A survey conducted by specialist lender, Together, has found that just four per cent of British woman would rather spend money on their wedding than on a house deposit.

The same survey also found that 70 per cent of adults would rather put the £17,674 average cost of a wedding towards a deposit to take the first step on the housing ladder.

Meanwhile, there were significant differences between the attitudes of men and women, with 74 per cent opting to put the money into a deposit, compared with just 64 per cent of men.

Just 3.9 per cent of women and 6.1 per cent of men would use the money towards a wedding.

Richard Tugwell, a director at Together, said: “Home ownership clearly remains a huge priority for the British public, as our latest research demonstrates. With the costs of weddings are property rising in comparison to wages over the last few decades, sacrifices inevitably have to be made. The results of our survey show the majority of people are choosing to get on the property ladder rather than pay for their big day.”