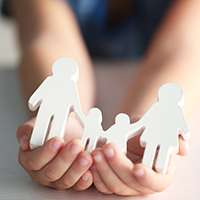 Graeme Fraser, Head of the Family department and Chair of Resolution’s Cohabitation committee, has said that reform of the Family Courts will not work without proper funding because a lack of resources is the fundamental problem that needs to be addressed. He made the comments after widespread criticism of the Family Courts on a number of fronts from MPs.

More than 120 parliamentarians have written to the Government calling for an inquiry into how victims of domestic abuse are treated.

Over the last five years, at least four children have been killed by a parent after access was granted by the Family Court.

Graeme Fraser said: “The Family Courts have to make extremely careful judgements every day on matters such as whether a parent should have access to their children or whether children should be removed from their parents.

“The consequences of its judgements can be extreme. It is often the case that any course of action open to the Court could potentially have devastating consequences for children and their families.”

He said the key to improving the process so that the Family Courts reach the right decision more often is to ensure the Court is presented with more evidence of a higher quality on which to base its judgments.

“Ensuring that the Court has access to more and better evidence is costly, demanding time and money, both of which are in increasingly short supply,” said Graeme.

He added that the removal of public funding for the parties engaged in Family Law proceedings has also had an effect.

“Of course, a parent who is violent to their child should not spend time with their child on an unsupervised basis but determining what has happened is difficult unless proper resources are available.

“The withdrawal of public funding and Legal Aid makes a proper investigation of the facts hugely difficult.

“I suspect that owing to a lack of investment of resources in the Family Courts generally over recent years in line with cuts in public spending, many of those in need of protection from violence have lost trust that the Courts will give them access to justice.”

Graeme said that there are several possible ways forward, depending on what reforms the Government is prepared to back. This includes integrated domestic violence courts, which enable judges to sit as a criminal judge and then as a family judge, adopting a model already used in the USA.

Additionally, he suggested that to replace the safeguarding currently conducted by CAFCASS, a triage system might be more efficient in differentiating simple and complex cases so as to fast-track cases that can be heard more quickly than their complex counterparts.

However, he added: “The importance of additional funding to achieve these outcomes cannot be emphasised enough to policymakers.”