Home » Redundancy fears as the Furlough Scheme comes to an end 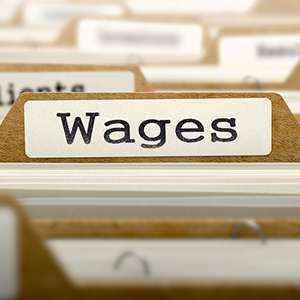 In March 2020, Chancellor Rishi Sunak announced an unprecedented government-sponsored furlough scheme designed to protect jobs during the pandemic. The scheme meant that the UK government would pay the 80% salaries of furloughed workers up to a maximum of £2,500 a month, in a bid to prevent job losses while lockdown restrictions meant that companies across the country couldn’t operate as usual.

As restrictions are lifted, the scheme is set to come to an end on October 31st. Without the government’s furlough pay, many people in the UK worry that businesses will start cutting jobs in the weeks leading up to this date. If companies either aren’t operating at full capacity or aren’t making the same income they were before the pandemic, it’s easy to see why job losses and redundancies might be the likely outcome.

How has the UK fared so far?

2020 has already taken a toll on the UK’s employment levels. Since March, the number of employers in the UK planning 20 or more redundancies has consistently been at least twice as many as in the same month in 2019. 695,000 UK workers have been cut from the payrolls of UK companies since lockdown hit, and many more could be set to join them once the furlough scheme ends.

Sunak has repeatedly ruled out an extension of the furlough scheme beyond October, but what does this mean for the coming months? The Trades Union Congress general secretary Frances O’Grady thinks government intervention is the only way out, saying: “If the government doesn’t act, we face a tsunami of job losses”, which was backed by governor of the Bank of England Andrew Bailey who suggested some sectors would benefit from further help, having previously backed the decision end the scheme in August.

Does employment law offer any protection from redundancy?

It’s possible to challenge a redundancy with proper legal advice, although if your employer is making you redundant alongside many other employees as part of Covid-19 cuts, it’s unlikely your appeal will be upheld. However, some protections are in place: you are still entitled to the full 45 days redundancy notice, and the government has recently brought in a new law to ensure that furloughed employees receive redundancy payments based on their full salaries, rather than their furloughed salaries.

For help and advice on matters relating to employment law, please get in touch with our employment team today by email or call (0)20 8349 0321.