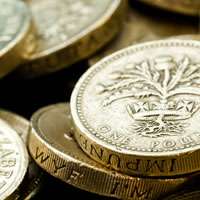 More than £102 billion has been invested in UK start-ups by large corporations in the last four years, a report has revealed.

It says the majority of capital has come in the form of mergers and acquisitions (M&As).

The study recorded some 5,447 deals – including M&As, joint ventures, and minority stakes – between domestic or international corporates since April 2013.

The researchers said the figure accounts for 14 per cent of the UK’s total business investment over the same period. It also towers over the £62 billion investment poured into research and development in the four years between 2013 and 2016.

However, it added that business investment dropped 1.5 per cent in 2016 – the first contraction since 2009.

A separate study, published by EY earlier this month, revealed that the UK is the third most attractive destination for M&A deals.

“That the UK remains a top destination for domestic and global companies to do deals, is a measure of its continuing attractiveness. The UK, however, will need to work hard to maintain its position as the Brexit negotiations unfold.

“Successful companies will find ways to navigate these challenges. Executives are evaluating M&A across a wide range of geographies to secure market access and grow their customer base.”