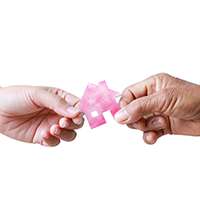 Politicians and charity bodies have sought to promote the benefits of individuals leaving behind charitable legacies in their wills.

Tracey Crouch, the Minister for Sport and Civil Society, argued that legacy giving needs to become commonplace, thus allowing as many UK charities to benefit as possible.

Ms Crouch has joined forces with the not-for-profit campaign group Remember a Charity and called on solicitors to play their part in raising awareness about the options available.

Benefits can extend not just to the good causes themselves, but those individuals who elect to make donations in their wills.

Under current laws, IHT is levied at a rate of 40 per cent on all estates valued at £325,000 or more – but those above the threshold who leave a charitable legacy could potentially pay a rate of just 36 per cent. This can mean significant IHT savings, while also providing much-needed financial support to a good cause in the process.

Rob Cope, Director at Remember a Charity, said: “People have all sorts of misconceptions about gifts in Wills, often believing that you have to choose between family and charity, or that you need to be wealthy to leave a legacy.

“The reality is that even a small amount can make a massive difference to the good causes people care about.”

Figures have previously suggested that legacy income is currently worth in excess of £2.8 billion a year to UK-based charities.

For advice on making or updating a will, please contact our head of Private Client Richard Denton or visit our website.