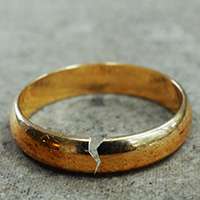 The Ministry of Justice (MoJ) has launched its long mooted online divorce portal in a bid to cut down the amount of paperwork court staff currently face. But its use has raised concerns with some legal professionals.

The scheme removes the need for paper forms in uncontested divorces, replacing them with digital ones that are filled out and sent online via the Ministry of Justice’s new portal. It is part of the department’s £1 billion plan to reform the justice system.

“We worked closely with the people and organisations that use and advise those going through a divorce in order to understand what areas of the process could be improved. Those going through a divorce are at the centre of the design of the new service and we’ve regularly tested the design of the online application to make sure that it is as helpful and intuitive as it can be.”

There have been concerns, however, that the new online divorce system could lead to more problems.

With family law being as complex as it is, questions have been raised as to whether encouraging people to apply for divorces without first seeking professional legal advice could lead to an increase in the number getting it wrong.

This follows on from news in previous weeks that divorce laws were being wrongly applied, creating inadvertent bigamists. This led to a warning and interim guidance from Sir James Mumby.

A second portal, which would cut out the risk of applications being wrongly submitted, is in development.

This was announced in the joint letter from the President of the Family Division and the chief executive of HMCTS: “We are also currently working with legal professionals to develop an online application for them to use which will allow them to submit a petition on behalf of a client online. We hope to start testing this with a small group of professional users in summer 2018.”

“The digitisation of divorce is a welcome development in modernising and simplifying the process at a time when online are replacing paper transactions in many areas of life.

“Litigants should nevertheless be encouraged to use a family specialist solicitor who has the training and competence to do this work correctly. Representation and advice from a solicitor saves time and ultimately money, distress and anxiety at what is often one of the most difficult times emotionally for those experiencing separation and divorce”