Home » Property prices up by almost four per cent in August 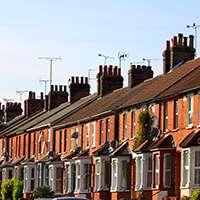 New data from high street lender Halifax reveals that average UK property prices were up by almost four per cent year-on-year in the three months to August.

According to the figures, the average purchase cost of a UK house hit £229,958 – 3.7 per cent higher than the average property price recorded during the same period last year.

Month-on-month, the average value was up by 0.1 per cent.

Commentators have been keen to point out that the promising data contradicts the widely reported view that Britain’s property values are stagnating in light of Brexit uncertainties and waning employment growth.

At the same time, separate data indicates that the recent interest rate increase has had very little impact on average mortgage costs – with some lenders actually even reducing their rates in an effort to attract new customers before the close of the year.

Russell Galley, Managing Director of Halifax, said: “While the pace of employment growth has recently slowed, a low unemployment rate and a gradual pickup in wage growth are helping to support household finances.

“This has been accompanied by interest rates still remaining at a historically low rate and a stable, yet constrained, supply of new homes onto the market further supporting house prices.”

James Newberry, of property group British Pearl, added: “Despite the looming shadow of a no-deal Brexit, a fourth consecutive month of growth shows that Britain’s housing market is still on relatively robust ground.

“There’ll be no fireworks in the property market for some time but the market hasn’t fallen off a cliff as many had predicted.”