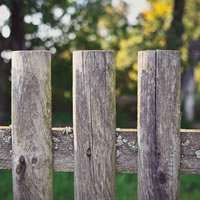 Two prominent British actors have found themselves embroiled in a bitter dispute with one of their neighbours over a large tree in the back garden of their £6million London Home.

Said to be 50-metres in height, the disputed plane tree, which belongs to celebrity couple Daniel Craig, 48, and Rachel Weisz, 46, has been described by nearby residents as a “magnificent local landmark”.

But next-door neighbour and business adviser, Alasdair Nisbet, claims that the enormous tree is ‘causing cracks’ to his home, and has issued a request to Camden Council to chop it down.

Following a report compiled on behalf of insurance company Aviva, he said: “The fact that they increase in width with height is indicative of subsidence as a result of shrinkage of the clay subsoil due to the moisture extracting influence of the left-hand neighbour’s rear plane trees and pear tree, along with the same neighbour’s front beech trees.

“In order to stabilise the property and prevent further damage occurring in the future, the cause of the movement needs to be addressed, with site investigations being required.

“Following completion of tree management works, the property will then be monitored to confirm stability”.

A spokesperson from Camden Council has said that it is currently “reviewing” the request to cut down the offending tree, while a disgruntled Mr Craig and Ms Weisz have declined to comment on the situation.