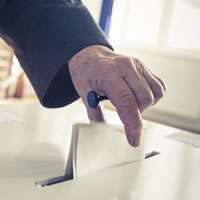 The Ministry of Justice (MoJ) has announced a U-turn on controversial proposals to reform the current probate fee system – which would have raised the cost of probate for many bereaved families.

The move comes just days after Prime Minister Theresa May announced a snap general election to be held in June.

Under the proposed changes, which were due to be phased in from the beginning of next month, the current probate fee system would have been replaced by a new regime with ‘sliding fees’ linked to the value of each estate.

It was said that the change would raise some £300m a year for the Courts and Tribunal service.

But the MoJ has now said that that there is not enough time for the new legislation to go through Parliament before the election.

The comments follow mounting criticism over the proposed reforms. The media had previously dubbed the plans a “stealth death tax” – as thousands of Britons would have faced sharp rises to probate fees under the new regime.

In recent weeks, the joint committee on statutory instruments – made up of peers and MPs – argued that the proposals appeared “to have the hallmarks of taxes, rather than fees”.

Geoff Dennis, of OGR Stock Denton’s Private Client Team, commented: “This news will be welcomed by bereaved families and professional advisers alike but it appears that this is more of a temporary reprieve rather than a total abandonment of this proposal by the Ministry of Justice.

“Hopefully, the fairness and legality of this proposed significant increase to probate fees will be considered carefully after the election in view of the overwhelming opposition to it,” he added.