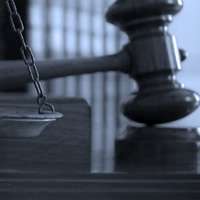 Prison officers have returned to work after a High Court injunction ordered them to end a 24-hour protest.

An estimated 10,000 officers across the UK were involved in the walk-out after claims of a “surge in violence” in jails.

While it is illegal for prisoner officers to strike, the Prison Officers Association (POA) had reportedly directed its members to stop working after talks with the Government over health and safety concerns broke down.

It said it had achieved its aim of securing a meeting with Justice Secretary Liz Truss “within the next 48 hours”.

The POA’s defence cited a number of incidents that had occurred in the last two weeks, including 30 assaults by inmates on officers, which had led to the strike action.

In court, Mr Justice Kerr said the prisoner officers’ actions had created a “very concerning” situation, and the Ministry of Justice (MoJ) said it welcomed the decision to put an end to “unlawful industrial action”.

Mr Justice Kerr said there was evidence that 80 per cent of staff had taken some sort of action.

“A number of incidents have occurred in prisons today and the situation is very concerning indeed,” he said.

An MoJ spokesperson said: “The justice secretary already met with the POA earlier this month, but would not do so again until they called off their unlawful action.

“Now that prison officers are back at work, she will meet the POA, and invites them to resume talks with her team.

“We are committed to improving safety across the prison estate and are already taking action. This includes tackling the use of drugs, mobile phones and drones, while recruiting new staff and improving protection for staff.”