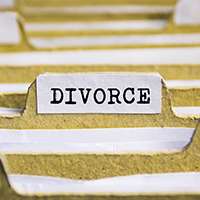 Sir James Munby, the President of the Family Division, has called for a family court capable of managing all of a family’s problems.

In what he called a “one-stop shop in an enhanced revamped family court”, Mr Munby envisaged that a court equipped with all the necessary tools was needed to deal holistically with the myriad of problems a family may face.

In a lecture given to Liverpool University, the President of the Family Division said that social changes and a move away from what is typically recognised as the ‘nuclear family’, although to be welcomed, posed “enormous challenges” for family law and that it must “adapt itself to these realities.”

He went on to say the current structure of the family courts prevented the tackling of problems in a holistic manner, something a “one-stop” process would address. He added that delays were caused by the present fragmentation of the court’s processes, which increased both costs and the detrimental effect upon the wellbeing of those involved.

He identified three additional problems with how the family courts were structured. These were:

Sir James Munby concluded his speech by saying: “We have somehow to create a one-stop shop in an enhanced re-vamped family court capable of dealing holistically – because it has been given the necessary tools – with all a family’s problems, whatever they may be.

“More narrowly, dealing holistically with the family court’s traditional concerns with status, relationship breakdown and family finances; more widely, and ultimately more importantly, dealing holistically with all the multiple difficulties and deprivations – economic, social, educational, employment, housing and health (whether physical or mental) – to which so many children and their families are victim. Family justice is surely about something much wider than mere lawyers’ law.”

Peter Martin, Head of Family Law at OGR Stock Denton, comments: “These proposals could make sense if they are properly resourced. So far the changes introduced, such as the centralisation of Divorce and financial issues, has led to a standard agreed divorce taking on average three months longer than previously. Obtaining a consent order on finances has moved from a timespan of four to six weeks, for a court to approve, to four to six months.

“I do not consider this to be progress. Furthermore, the removal of legal aid and encouragement to individuals to act for themselves has led to the Courts being clogged up by litigants in person, whose whole approach to their own cases are naturally driven by the emotion of the time, when objective sensitive advice can often defuse the client’s issues.”