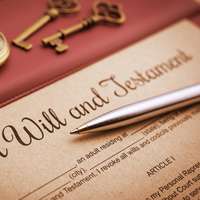 A spike in the amount of inheritance tax (IHT) receipts is being predicted this year as bereaved family members move to complete their paperwork before potential changes to probate fees come into effect.

An analysis of HMRC tax receipts has suggested that there was a total of £5.2 billion in IHT receipts in 2018. The number of tax receipts between April 2018 and December 2018 was 0.4 per cent higher than the same time the previous year.

Financial experts have stated that this spike in IHT receipts ahead of the potential probate fee changes in April this year could cause a “bumper end” for the Treasury’s tax year.

The proposed changes to probate fees would see the implementation of a sliding scale where larger estates would be required to pay more. These changes are currently being pursued by the Ministry of Justice despite backlash from the public when the idea was first announced in 2017 due to the potential of costing those inheriting estates thousands in fees.

Experts have referred to inheritance tax as “deeply unpopular and fiendishly complicated,” stating that changes to legislation are making it more complex and potentially causing families to miss out.