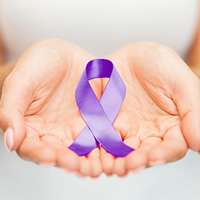 The Government has announced it will be ushering in new domestic violence legislation, amid concerns that the way the authorities respond varies dramatically across the country.

Ministers have called the apparent disparity between regions “unacceptable” and Prime Minister Theresa May has confirmed she will take personal charge of the new Domestic Violence and Abuse Act.

Among the main aims of the law will be to address any ambiguities attached to current legislation, with policymakers also hoping to raise awareness of the problem.

Announcing the overhaul, Mrs May said: “Domestic violence and abuse is a life-shattering and absolutely abhorrent crime; tackling it is an key priority for this Government – and something I have always attached a personal importance to, both as Home Secretary and now as Prime Minister.

“I am clear that we need to build on the measures I introduced as Home Secretary – including the new offence of ‘controlling and coercive behaviour’, Domestic Violence Protection Orders, and the Domestic Violence Disclosure Scheme – and ensure that no stone will be left unturned in delivering a system…that works better for victims.”

Polly Neate, chief executive of the charity Women’s Aid, said: “It is very welcome news for survivors of domestic abuse that the Prime Minister is planning to legislate for a step change in response to domestic abuse.

“There is scope to make the legal framework surrounding domestic abuse clearer and more comprehensive; survivors desperately need an approach across all agencies that genuinely responds to their needs and helps them to truly recover.”