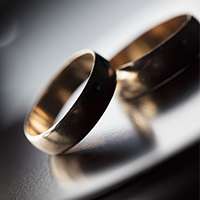 Graeme Fraser, Head of the Family department and Chair of Resolution’s Cohabitation Committee, has said that piecemeal reform of the rights of cohabitants risks perpetuating the myth of “common law marriage”, following a Government proposal to extend bereavement damages to cohabitants. He made the comments after the Government published a Draft Remedial Order to extend the £12,980 payment to surviving unmarried partners.

Cohabiting partners are currently ineligible for the payment, which is made to surviving spouses and civil partners where the death of their partner is caused by the wrongful act or omission of another person.

Under the proposals, a partner who has lived with the deceased for two years immediately prior to their death will become eligible for the payment. Where the deceased was married and cohabiting, the payment will be divided equally between the surviving spouse and partner.

The Court of Appeal decided in 2017 that denying bereavement damages to a cohabitant was incompatible with the European Convention of Human Rights (ECHR), following a challenge by Jacqueline Smith, who had been denied the payment on the death of her partner.

“Obviously, this proposal is welcome in and of itself. However, without wholesale reform, which means introducing basic protection rights in life and on death, there remains the risk that this will only increase the widespread public misunderstanding of the law.

“The myth of ‘common law marriage’ whereby couples believe that they have the same legal rights as those that are available on divorce, means that many couples with children are left significantly disadvantaged in comparison with children of married couples or those in civil partnerships,” said Graeme Fraser.

He added that cohabitants who have given up their home and career to look after children face particular unfairness owing to the lack of financial protection if their partner walks away from the relationship.

“The Government’s recent actions suggest that it will continue to change the law incrementally. However, this may have the unfortunate effect of making cohabitants’ legal rights more complex and confusing,” said Graeme Fraser.

“If the Government considers cohabitation reform a priority, then new legislation should be introduced as soon as Parliamentary time allows to introduce a modern set of family laws for families not in formal relationships to ensure that they and their children receive the basic protections they deserve in a modern and civilised society.

“While news of these legislative changes is welcome, the Government must do significantly more as a matter of greater priority to help cohabiting families both during their lifetime and on death.”