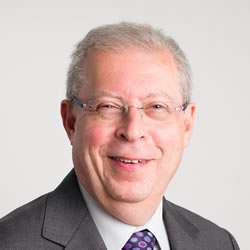 The Government has published a draft Domestic Abuse Bill including several measures to tackle domestic abuse, including the following measures:

OGR Stock Denton LLP Partner, Peter Martin has commented on the content of the draft bill:

“The draft domestic abuse bill is, of course, to be hugely welcomed.  It is a belated, but very important recognition of the wide ranging effects of domestic abuse and the fact that this is far more widespread than most people imagine.  The fact that the definition of domestic abuse now specifically recognises that such abuse may occur even where there is no actual violence, by including psychological coercion and manipulation, as well as the imposition of control including control over finances, will be of huge benefit in recognising the true extent of abuse and its true nature.

“The crime survey for England and Wales in 2018 showed there were some two million people who stated they had been a victim of domestic abuse.  The survey also challenged some common misconceptions. Over one third of the victims were male. Where prosecutions had taken place, which unfortunately is a low figure of just over 100,000, only 12% failed after the victim changed their minds about giving evidence.  There is a very common belief that most prosecutions fail as a result the victim deciding not to go ahead and to see the true information is important in changing attitudes.

“There is, however, one major problem.  The powers to compel perpetrators to attend rehabilitation programmes; the duty of the domestic abuse commissioner to improve the response and support for victims across public service; and many of the steps that would actually create change, need funding.  Where is this funding to come from?  The government have not made this clear and it is unlikely that special funds will be available.  Will this be yet another measure of good intentions that achieves little as a result of underfunding?  Only time will tell.”

Peter Martin’s comments were published in part by the Times on 23 January 2019. Read the full story here.