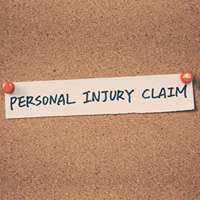 A woman who was permanently scarred after being attacked by a dog has lent her support to a national campaign which would make it easier for people in her position to claim compensation.

Kerry Stevens was bitten on the thigh by a Pitbull cross while delivering a parcel in Eastbourne in October 2014.

Despite her ordeal, the 44-year-old has not received damages, on the grounds that the couple looking after the dog at the time of the attack were not its official owners and the animal was not set on her deliberately.

“When I found out I would not get any compensation, I was absolutely disgusted,” Ms Stevens told her local newspaper.

“I have been left physically and emotionally scarred by this. I can’t wear the clothes I used to wear, I can’t stand up for too long otherwise my leg gets swollen, I can’t go swimming for fear people will be disgusted by my scar.

“I have muscle damage to my leg where the dog ripped out the muscle, and there are some parts of my leg I can no longer feel. I have had six operations, with more to come, and I have to take time off work after each surgery.”

The campaign is being co-ordinated by the Association of Personal Injury Lawyers (APIL).

Neil Sugarman, APIL’s president, said: “Victims of other crimes can claim compensation through the Criminal Injuries Compensation Scheme to help put their lives back on track, and rightly so.

“But casualties of violent dog attacks were removed from the scheme four years ago, unless the dog was used deliberately to attack, rather than its owner being careless or reckless about it.”

It is important to seek expert legal advice if you believe you have the grounds to pursue a personal injury claim.  For guidance please contact our head of Dispute Resolution Stephen Silverman or visit.