Home » Pay gap between permanent and zero-hours contracts could be as high as 9.5 per cent 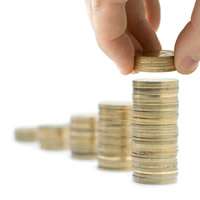 A new study suggests that workers on controversial zero-hours contracts could be facing a “pay penalty” of almost ten per cent.

The research, which comes from the Resolution Foundation, suggests that the average person on such a contract is earning approximately £1,000 a year less than the average permanent employee.

Resolution says that this equates to a “pay penalty” of 93p an hour, or 6.6 per cent. But in some cases, those who earn the very least could be facing a “penalty” of as much as 9.5 per cent.

Laura Gardiner, senior policy analyst at the Resolution Foundation, said that the “pay penalty” was “a big price to pay for work that too often lacks the security workers desire”.

She said: “Zero-hours contracts have hit the headlines in recent months for their widespread use in Sports Direct and JD Sports.

“But concern about the use and abuse of zero-hours contracts goes far wider than a few notorious firms. There is mounting evidence that their use is associated with a holding down of wages”.

A statement from the Resolution Foundation added: “Understanding the reasons behind this pay penalty will be crucial in order to tackle some of the challenges raised by new forms of employment, without jeopardising the success of the UK’s flexible jobs market”.