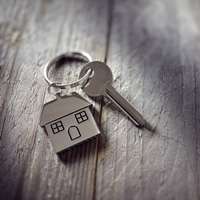 A woman has been banned from managing properties in two London boroughs following a landmark court order.

“Rogue landlord” Katia Goremsandu was slapped with the Criminal Behaviour Order as a consequence of the dangerous condition of the homes she was renting out.

She was convicted of breaching the regulations set out in the Housing Act at a court hearing in London last month.

The controversy surrounded a flat in Gloucester Terrace, Bayswater, where inspectors uncovered a number of serious health and safety failings.

She has also faced criticism for offences in Haringey and has now been banned from managing a property in either borough for the next ten years.

A breach of the strict conditions would be classed as a criminal offence, carrying a maximum custodial sentence of five years.

Antonia Cox, Westminster’s cabinet member for public protection and licensing, said the action against Ms Goremsandu would serve as a warning to others.

“The order means that the likelihood of her being able to reoffend is now significantly reduced,” she said.

“This sends a clear message to all landlords that they have a responsibility to their tenants and that bad practice will not be tolerated.”

It is important to seek expert legal advice if you are involved in a landlord and tenant dispute of any description, for guidance please contact our head of Dispute Resolution Stephen Silverman or visit.