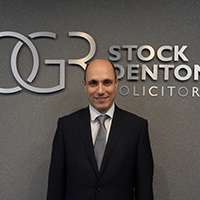 Family Law Partner, Graeme Fraser, has written an article for the New Law Journal on the rights of cohabitees and a recent debate in Parliament on extending Civil Partnerships to opposite-sex couples.

Graeme’s article reports on a Private Members Bill which had its Second Reading in February, The Civil Partnerships, Marriages & Deaths (Registration Etc) Bill, which was introduced by Conservative MP, Tim Loughton.

Graeme said: “As time goes on, Parliament will have to address the issue again and fundamentally consider which laws need to be introduced to regulate modern families when such large numbers choose to live and raise families outside the traditional marriage model.

“The positive reception by MPs and encouragement of a concerted effort to make the public aware of their lack of rights, as well as the potential for cohabitants to enjoy improved financial security should new laws be introduced, suggests this debate has much further to run inside and outside of Parliament as well as in the courts.”

The full article can be read here.