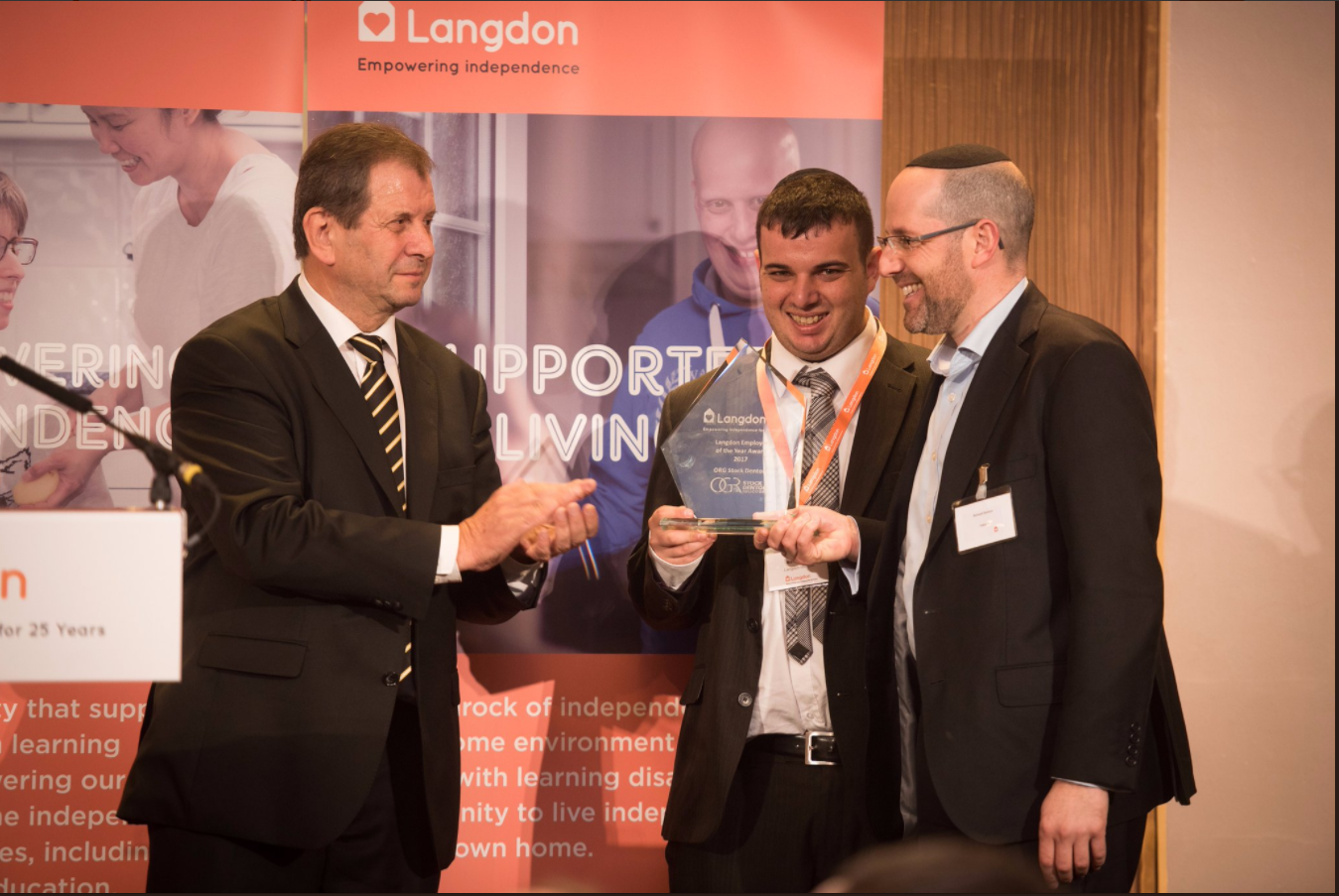 OGR Stock Denton LLP, one of North London’s leading independent law firms, has been named Langdon’s Employer of the Year 2017.

The award recognises Finchley-based OGR Stock Denton LLP’s contribution to Langdon’s employment support scheme. As part of the firm’s commitment to the community and corporate social responsibility, OGR Stock Denton LLP employs two Langdon people, Marcus and Yosef, through the scheme and has successfully integrated them both into the OGR Stock Denton family.

The award was presented in front of representatives of the capital’s business community, with several partners of the firm and affiliates present. Managing partner Richard Denton collected the award on behalf of the firm.

This year’s business breakfast raised an astounding £70,000, which will go some way in enabling people with learning disabilities to lead independent and fulfilling lives.

Ali Kabani, Business Development Manager at OGR Stock Denton LLP, said the award is “testament to the firm’s investment in its people”.

“The event went spectacularly and we are all very grateful for the recognition from Langdon,” he said.

“We believe everyone should be given the opportunity to thrive in the workplace, which includes offering training and support for those with learning disabilities.

“Marcus and Yosef have proven to be real assets to the firm and have a bright career ahead of them. We would encourage every employer to participate in the Langdon employment support scheme.”