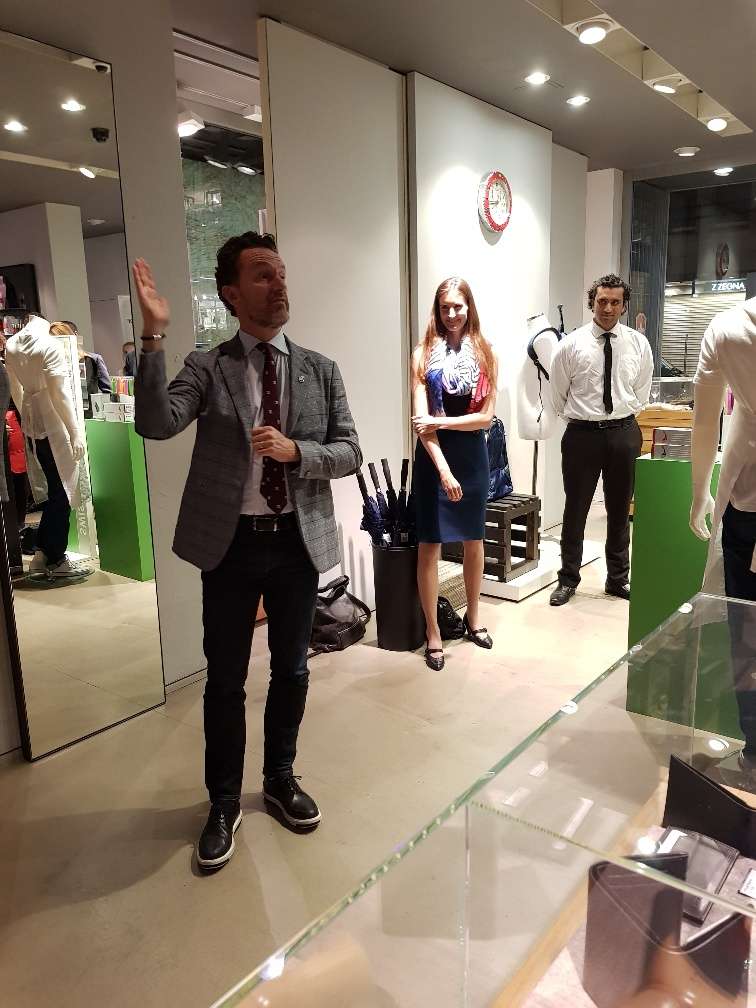 An Associate at OGR Stock Denton was delighted by the turn-out at last week’s autumn networking event, organised by the business body she co-chairs.

Isabelle Fatton, from the firm’s Corporate and Commercial team, is a key figure in the UK chapter of the British Swiss Chamber of Commerce Young Professionals Group.

Approximately 75 people, including the Swiss Ambassador to the UK, attended the networking evening, held at the Victorinox flagship store, in London’s New Bond Street.

The guest speaker at last Thursday’s event  was Simon Talling-Smith, CEO of Surfair Europe, who spoke about how the company has transformed the experience of frequent flying by offering “all you can fly” monthly membership fees.