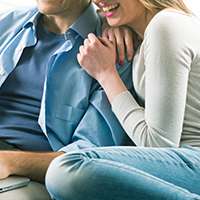 New figures from the Office for National Statistics (ONS) have shown that cohabitation is the UK’s fastest-growing family type, with the number of unmarried couples who live together having increased by more than a quarter in the last 10 years.

This includes the lack of provision for an equitable division of property on the breakdown of the relationship and disadvantages in regard to inheritance and bereavement benefits.

The myth of ‘common law marriage’ is widely blamed for cohabiting couples being unaware of the legal disadvantage they are at, with many believing that they automatically acquire equivalent rights to those enjoyed by married couples. Research has shown that 4.6 per cent of people in England and Wales believe that ‘common law marriage’ exists.