Home » No end in sight for cinema dispute 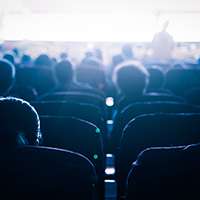 Cinema workers in the capital have vowed to fight on in a long-running battle to secure the London Living Wage.

The dispute began at Brixton’s Ritzy cinema last year and has spread to union members at other Picturehouse establishments in neighbourhoods including East Dulwich, Crouch End and Hackney.

Members recently voted in favour of another round of strike action and have said they intend to continue the battle to secure improvements in working conditions.

The Broadcasting, Entertainment, Communications and Theatre Union (BECTU) said it had been buoyed by support from members of the public and public figures during the campaign.  The journalist and writer Owen Jones is among those to have backed their campaign.

Alisdair Cairns, a representative at the Hackney Picturehouse,  speaking on behalf of BECTU’s Picturehouse reps, said: “Our campaign has lasted over a year now. The tactics employed by Picturehouse over that period have appeared to be deliberate attempts to grind us down and demoralise us.

“We’ve received countless threats from their lawyers, we’ve seen our friends and colleagues needlessly disciplined, and in some cases sacked, and we’ve still heard nothing with regards to resuming negotiations.

“These ballots show conclusively that the management’s strategy hasn’t worked, and that we are just as determined as ever to win the Living Wage and fair, reasonable working conditions. We call again on Picturehouse management to recognise their responsibilities to staff and to agree to talks with BECTU.”

Both the union and its members are still awaiting the ruling from an Employment Tribunal last month, which was tasked with considering Picturehouse’s decision to sack three BECTU representatives earlier in the year.

In a statement, Picturehouse said they were proud as a chain to offer one of the best remuneration packages in the cinema industry.

For expert advice on employment rights, please contact the head of our Employment team Susan Bernstein or visit our website.