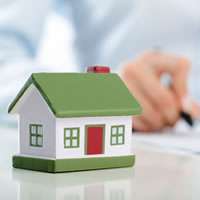 New mortgage approvals hit a nine-month high in December 2016 – while re-mortgaging hit its highest level for eight years in the same month.

The news follows the publication of the Bank of England’s latest market data, which has revealed that there were 67,998 new mortgage approvals for residential property purchases in December, up from just 61,335 in August – representative of a 10.7 per cent rise.

Meanwhile, there were 47,721 re-mortgage approvals in December – the highest figure recorded in eight years.

However, some economists, including Howard Archer of IHS Global Insight, have forecast that house price growth is likely to slow to around three per cent in 2017.

He said that although data has revealed a “pick-up” in mortgage approvals and market activity in recent months, the market itself is “hardly racing ahead”.

Despite this, Jeffrey Duncombe, of Legal & General, said that “The Bank of England’s figures clearly show a strong end to the year for the mortgage market”.

He said that the data was “encouraging,” while Robert Gardner, of Nationwide, added that UK house price growth appeared “stable”.