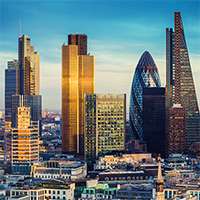 Banks and tech firms are no longer top of the pile when it comes to taking up office space in Central London.

There has been a surge in interest from flexible office providers, according to analysis published this month.

Indeed, firms such as WeWork and The Office Group leased a record 82,000 sq m of workspace in the first six months of the year.

That is almost a fifth of all the space leased in the capital during this period.

Encouragingly, the total volume of space which was leased in Central London increased 10 per cent compared to a year earlier and now stands at 446,000 sq m.

Performance in the last quarter has, however, varied between different areas of the capital, with take-up having risen in Southwark and the West End, while falling in the City.

If you need guidance with any aspect of a commercial property transaction, please contact the head of the Property team Michael Stock (mstock@ogrstockdenton.com) or visit our website.