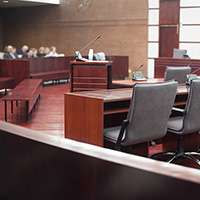 A London mum has been sentenced to six months in prison after breaching orders imposed by Judges in a family court dispute.

Jessica Richards was found to have “intentionally, consistently and deliberately” frustrated the work of social services staff from Barking and Dagenham Council.

London High Court heard that the three-year-old daughter had vanished three months ago and her whereabouts remain unknown.

Her disappearance had followed a previous ruling that the youngster should be taken from Ms Richards’ care and placed to live with another relative.

Last month, the High Court ruled that the mother had breached an order to provide information about her girl’s whereabouts and was in contempt of court.

OGR Stock Denton has a wealth of experience advising on family disputes involving children. If you would like further information about our services, please contact Peter Martin or visit our website.