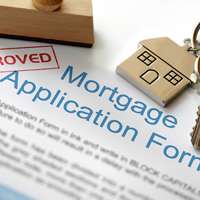 New data from the Council of Mortgage Lenders (CML) suggests that mortgage approvals are on the rise, after the CML recorded robust gross mortgage lending throughout September and October.

The CML’s latest report has revealed that gross mortgage lending hit £20.6billion last month, up from £20.5bn in September.

Year-on-year, however, gross mortgage lending was down in October by £1.2bn.

Mohammad Jamei, CML senior economist, said: “Housing market sentiment is holding up well, with demand still strong. This has led to a ‘pick up’ in approvals, as expected.

“The more pressing issue is on the supply side, where the lack of private sellers continues to be an obstacle for would-be borrowers.

“For this reason, we expect lending in the months ahead to be driven more by re-mortgaging activity and less by house purchases. Re-mortgaging will be helped by competitively priced mortgage deals, which are encouraging borrowers to refinance.”

Henry Woodcock, of financial software and property body IRESS, added:  “Over the last four years, gross mortgage lending in October has shown a trend to be strong, with last year’s lending figures the highest since July 2008.

“Recent market conditions and indicators all showed positive signs, so the expectation was that the market would continue grow, which it has, but surprisingly, only by a very small amount”.