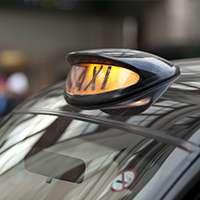 Another Employment Tribunal, scrutinising working practices which have become increasingly common under the so-called “gig economy”, has found in favour of the workers.

The case had been brought by three drivers – Michaell Lange, Mark Morahan and Mieczyslaw Olszewski – who claimed they had been earning just £5 an hour under the arrangements.

The Tribunal accepted the argument that it was wrong to consider the trio self-employed, given that they were obliged to accept fares once logged onto the booking system and had to sign up to both a specific dress code and wider code of conduct.

The ruling does not mean the entire workforce will receive worker rights, but the outcome could pave the way for a raft of similar claims.

Addison Lee said it was disappointed by the ruling and signalled it will review the decision.

A spokesman said: “We have always had, and are committed to maintaining, a flexible and fair relationship, which generates work for 3,800 drivers.”

Mr Morahan, however, welcomed the decision.

“When people are desperate for a job they have no option but to work longer hours and they are taken advantage of.”

Maria Ludkin, legal director of the GMB trade union, which supported the drivers in their claim, said: “This ruling means yet another logistics firm has been forced to obey the law and honour responsibilities to employees. GMB will continue to pursue these exploitative companies on behalf of our members.”

The judgment follows a similar ruling in relation to taxi-hailing app Uber, which was announced last October and is currently being appealed. Other disputes involving courier companies Hermes and DX will be heard next year.

For expert advice on defending or pursuing an Employment Tribunal case, please contact the head of our Employment team Susan Bernstein or visit our website.