Home » Millennials “hugely optimistic” about starting their own business 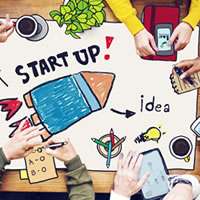 A new survey has revealed that around three-quarters of 18-24 year olds want to start up their own business in the future.

The research, conducted by Idinvest Partners, found that despite Brexit uncertainties, 76 per cent of millennials want to become their own boss, which means that two out of every 10 people will own a business by 2018.

Its survey further found that the younger someone is, the more entrepreneurial their outlook is. When older adults were asked the same question, 70 per cent of 25-34 year olds, 66 per cent of 35-49 year olds, and just 48 per cent of 50-64 year olds said they wanted to go it alone.

In terms of motivation, around half (48 per cent) said they wanted to see financial success, while a similar number (47 per cent) were in it for freedom and independence.

Those surveyed said the biggest obstacles will be losing access to the EU’s single market, and raising funds to launch their business.

Christophe Bavière, CEO at Idinvest Partners, said: “While some future entrepreneurs will be considering their options in light of Brexit, the majority continue to see themselves as future business owners and start-up founders.

“These findings clearly demonstrate the strong entrepreneurial drive at the heart of the nation and the belief that the UK continues to provide a supportive social and economic environment to foster this talent- a view that we continue to support”.

Alex Saint, co-founder and CEO of Secret Escapes, added: “The British entrepreneurial climate is as hot as ever, we’re a nation of creative thinkers who value hard work, ambition and aren’t too keen on having a boss.

“It’s disappointing that we’ve chosen to distance ourselves from Europe but I’m not surprised that budding UK entrepreneurs aren’t deterred, I don’t see any reason right now why people shouldn’t be hugely optimistic about starting their own business.”