Home » Did a manager’s massaging of an employee’s shoulders constitute sexual harassment? 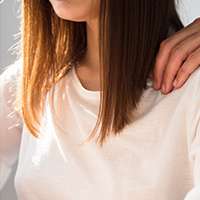 FACTS:   Mr Raj was employed by Capita Business Services Limited (CBS) as a customer service agent.  When he was dismissed, with under a year’s continuous service, he brought claims of sexual harassment under the Equality Act 2010, alleging that on several occasions, while he sat at his desk his manager, who was female, stood behind him and gave him a shoulder, neck and back massage.  He claimed that this was:

HELD:  The employment tribunal rejected the harassment claims. Although it found that the conduct was unwanted, and that it had the effect of creating an intimidating, hostile, degrading, humiliating or offensive environment for Mr Raj, it concluded that the conduct was not related to sex, nor of a sexual nature. Although Mr Raj’s manager had tried to argue that she had done no more than tap Mr Raj’s shoulders on one occasion, the employment tribunal found that the evidence established that there was contact of a massage type lasting two or three minutes, which was long enough to make Mr Raj feel uncomfortable.  However, there was little evidence that the purpose behind it was a link to Mr Raj’s sex. Instead, the tribunal concluded that the purpose of the manager’s conduct was ‘misguided encouragement’ accompanied by words of praise to an underperforming employee. The tribunal took into account the fact that the contact was with a gender neutral part of the body, it had taken place in an open- plan office and the manager had not behaved in a comparable way to any other employee, male or female.  Although the conduct was unwise and uncomfortable, it was not harassment as prohibited under the Equality Act.  Mr Raj appealed to the Employment Appeal Tribunal but the employment tribunal’s decision was upheld.

Comment: It is easy to assume in the age of #MeToo that any unwanted physical contact between a manager and a junior employee would amount to sexual harassment.  However, this decision highlights:

That said, it is clear that the decision does not encourage or condone any physical contact in the workplace and employers should ensure that their anti-harassment policy and training explains  this so as to avoid any potential misunderstandings.