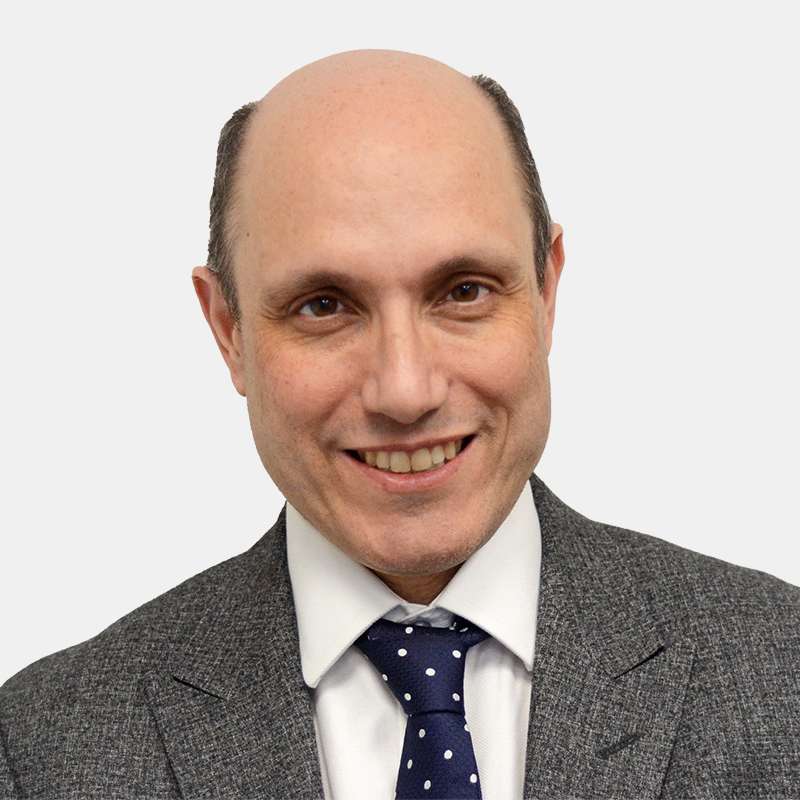 He has considerable experience in advising on financial settlements involving complex assets and substantial wealth, and on cohabitation, for which he holds the Resolution specialist accreditation. He also belongs to the Law Society Family Accreditation Scheme. His work often involves international aspects, including working with foreign lawyers on pre-nuptial and cohabitation agreements involving competing jurisdictions in the European Union and worldwide. Graeme has been trained by Resolution and subsequently developed part of his practice to include resolving disputes using the collaborative process.

His work and that of his team has been recognised by the family community in recent years at the annual LexisNexis Family Law Awards, gaining a reputation for regularly punching above their weight. In 2021, Graeme was Highly Commended by the Judges in the Partner category for combining a busy challenging workload while also campaigning for cohabitation law changes.  In 2020, in his first year as Head of the Family Department, OGR Stock Denton LLP was shortlisted as Family Law Team of the Year (London). In 2018, Graeme won the prestigious Family Law Commentator of the Year Award voted for by the family law community in recognition of his considerable depth of published work often highlighting the plight of unmarried couples under the current law.

Graeme is well-known in the legal community and beyond not simply as an experienced specialist family lawyer, but also as a commentator, writer and trainer. Graeme is renowned for having dedicated his career to improving protections for cohabiting couples through his practice, through his work with Resolution and through commentary in the media. This has included representing Resolution in November 2021 before the Women and Equalities Committee (House of Commons UK Parliament Select Committee in response to The Rights of Cohabiting Partners Inquiry; appearances on national and regional television and radio; and articles and commentary for national newspapers including The Times and The Observer. He also writes thought leadership pieces regularly for legal journals on policy and practice. In March 2021, Graeme was appointed as a practitioner member to the Family Procedure Rule Committee (FPRC), and advisory non-departmental public body sponsored by the Ministry of Justice, which makes rules of court that govern the practice and procedure followed in family proceedings in the High Court and family court.

Throughout his career, Graeme has been  motivated to engage with the wider profession and public discourse on family reform.

He was appointed in March 2021 to the Family Procedure Rule Committee (FPRC). The selection process is exceptionally rigorous, as members need to demonstrate not only a solid working knowledge of Court and administrative proceesses within the family jurisdiction, but also a commitment to valuing diversity and an understanding of the impact of the Family Procedure Rules and Practice Direction amendments.

He is also Chair of Resolution’s Cohabitation Committee and is serving the Resolution National Committee (NC) for a term of 7 years, working with colleagues to improve outcomes for families and children involved with the family justice system. This includes his role on the Family Law Reform Group, a sub-committee of the National Committee, with an agenda to promote and progress family law reform.

In 2019, Graeme represented the husband in the High Court case of Horohoe v Horohoe [2020] EWFC 102 who was successful in asserting an agreement reached in 2012 should be upheld to the extent that the claim made by his wife was limited to £600,000, roughly one tenth of the amount claimed, thereby saving him approximately £5M.

In 2021, he was involved in a one day CEDR style mediation focusing on the mechanics of sale in respect of a Cohabitation TOLATA property worth around £4M which resulted in settlement on all issues. The mediator described Graeme as one of the foremost family practitioners in cohabitation law.

Graeme has seen a notable increase in nuptial agreement transactions involving offshore trusts with international dimensions. He has also observed an upsurge in cohabitation agreements, with instructions coming not only locally, but also nationally. During the Pandemic, there has been an increase in older couples living together in bubbles who wish to enter into cohabitation agreements as a matter of asset protection and creating financial certainty.

LexisNexis Family Law Commentator of the Year Award in 2018 - Winner

Graeme works with barristers to deliver focused family law webinars  and in person seminars on Cohabitation, Divorce and the Wider Family and Private Children Law, that have attracted interest from family law professionals nationwide. He has also regularly hosted and spoken at National Conference through workshops.

In 2021, he chaired a live Webinar for Resolution on International Cohabitation Practice and Policy, involving practitioners from Australia, Canada, Scotland, and England and Wales. He also introduced and moderated an Anglo-Scottish Webinar for Resolution, involving Nicholas Hopkins, the Law Commissioner from England and Wales, and Kate Dowdalls QC, Scottish Law Commissioner  Graeme also lectured at the Chartered Institute of Taxation on the impact of the automation of family law processes, and the anticipated adoption of  artificial intelligence in the coming years, and how this may reduce the sizeable court backlogs.

In 2015, Graeme helped organise and chaired a national debate on Cohabitation Reform at the Law Society. Speakers included Mr Justice Potter, past President of the Family Division, Lord Marks, Baroness Deech and Jo Miles, lecturer at Trinity College, University of Cambridge. Over 150 people attended, and included contributions from the floor from notable guests including Sir Paul Coleridge and Professor Rebecca Bailey-Harris.

Graeme is consultant editor and author for LexisPSL Family on cohabitation. Graeme wrote a Chapter on Cohabitation for the Resolution Family Law Handbook published in the autumn of 2021. Additionally, he is the editor of Resolution’s Cohabitation Claims (second edition), which was published in April 2020 and which assesses the complex concepts emerging from the case law relating to property claims by cohabitants. His work has helped develop the Cohabitation Agreement Precedents and the Cohabitation Separation Agreement Precedents (forthcoming) as online tools widely available to Resolution members which enables Agreements to be simply and quickly prepared and in a cost efficient way.

Have Graeme Fraser Call You Back Today

The Government has just announced new legislation, which will dramatically [...]

A new approach to divorce proceedings in which one lawyer [...]

For women and men who have suffered domestic abuse, entering [...]