Home » What Proposed Leasehold Reforms Mean For Landlords and Leaseholders 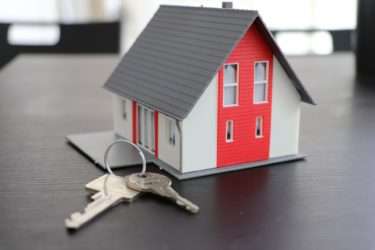 Few legal matters have caused as much ire in the media and amongst affordable home campaigners as the leasehold system.  Once a form of land tenure spread across the British Empire, it is now almost solely confined to England and Wales.  Ever since the ground rent scandal caught the media’s attention in 2017, (where developers locked tenants into contracts which could see ground rent of £200-£400 doubling every ten years, making the properties virtually unsellable), there have been calls for the system to be radically reformed.  In 2019, it was announced that all new build homes must be sold as freehold and ground rents on new flats slashed to zero.  And in January 2021, further leasehold reforms were announced.

What are the proposed new reforms?

The government’s proposed changes to the leasehold system are as follows:

What is the purpose of the Commonhold Council which is being established?

Commonhold is a form of homeownership introduced in 2004 by the Commonhold and Leasehold Reform Act 2002 and Commonhold Regulations 2004.  It allows people purchasing units in multi-occupancy developments to own the freehold of their home.  In addition, a commonhold or residents’ association (made up of the unit owners) owns and manages the common parts of the property per standardised rules.

Under the proposed legislation, the government is to establish a partnership of leasehold groups, industry, and government.  The Council will be charged with helping prepare landlords, homeowners, and the property market for the widespread take-up of commonhold tenure.  It is believed that fewer than 20 commonholds have been created because of the complexity moving from a leasehold structure to commonhold and the reluctance of mortgage lenders to recognise the latter.

What should landlords and leaseholders do to prepare for the changes?

Both landlords and leaseholders will be affected by the proposed changes to the leasehold system.  Freeholders, especially developers, are likely to find that the projected income from their leasehold properties will fall if the law changes.  And although the changes appear advantageous for tenants at first glance, it is best to proceed with caution.  With the problems resulting from the Coronavirus pandemic and Brexit, there is no guarantee that a Bill will be passed into law this year or even next.  As a comparison, the government announced an overhaul of divorce laws in April 2019.  The Divorce, Dissolution and Separation Act 2020 received its Royal Assent in June 2020 but will not come into effect until Autumn 2021, two years after the announcement was made.

For both landlords and tenants, it is best to seek advice from an experienced residential property solicitor before taking any action based on the government’s announcement regarding changes to the leasehold system.

To make an appointment to discuss any aspect of residential property please get in touch today.